Keltic Kick’s™ unique blend of energized traditional Irish music has kept them at the forefront of the concert and club scene in the Northeast for over three decades.

Not much is known about Billy’s early years.  He would drift from town to town, doing odd jobs, and eating grubs to survive.  Billy learned to play guitar by peeking in the window at Zera’s Music.  Nothing good came from his life until he met Doug and Bob in 1980.  None of the other band members like him.

Bob was raised by the Sisters of No Mercy in a small orphanage in New York.  Bob would entertain the nuns by putting on musical-comedies based on the lives of the martyrs.  Bob plays the bass, which is not to be confused with the fish, which he also plays.  None of the other band members like him.

Doug “boom-boom” Abel plays drums that are older than many of our fans.  Doug began his musical career as a Johnny Winter impersonator, but quickly migrated to Irish music when he discovered he could play the same beat for every song.  None of the other band members like him. 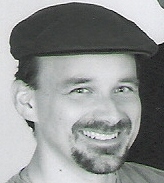 The band is available for all functions big and small.  We can be configured in combinations of two to four members.